Much talk has been made recently of the potential levies to be weighed on Chinese manufactured solar photovoltaic (PV) panels in the EU. Although the general public don’t all understand the reasons why!

It all stems from Chinese panels flooding the European market, pushing prices down. This anti-competitive move is thought to be encouraged by subsidies from the Chinese government allowing Chinese panels to be sold at below cost price.

An obviously unsustainable move; done perhaps to aggressively take market share. It may have proven somewhat successful after capturing 80% of the global solar PV market. The USA was first to take action, applying levies of up to 250% on Chinese imports in 2012. 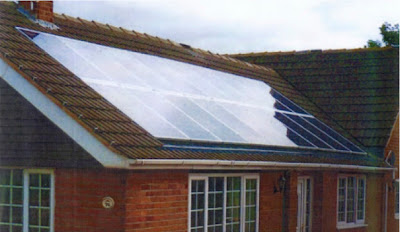 An important question still remains, how do cheap imports affect the quality the public is receiving?

Well, it seems the difference in quality is vast, it proves the old adage ‘you get what you pay for’. This is also somewhat reflected in the warranties offered by the manufacturers. For instance German manufacturer Solar World offers a 25 year linear warranty; meaning they guarantee their panels won’t lose more than 0.7% efficiency per year. Whilst a leading Chinese company, promises incremental drops 5% at 5 years up to 80% of efficiency at 25 years.

Solar Buyer (an independent auditor of solar manufacturers) found fault rates a high as 8% and in some cases up to 20% in some Chinese factories!

Issues ranged from damaged glass to cracked solar cells, leading to the cracked part being electronically disconnected from the rest of the cell. Essentially leaving you with less surface area of operational solar PV, the direct result is less electricity being produced.

It would also therefore seem prudent to stay away from Chinese solar panels over the coming years not least to avert a warranty invalidity issue. As many Chinese solar manufacturers are expected to go bankrupt/ merge within the next few years after the Chinese government is said to have reduced support for the ailing industry. Leaving thousands of solar customers without a warranty or protected solar PV system.