I am sure you have had occasions when you wished that you could position your mobile phone upwards. This happened to me quite recently when I had a lecture and wanted to record a video but did not bring along a phone holder. IN then end I propped my phone up on some books. Through the recording, the phone slipped slowly and finally ended up pointing upwards.

That's whay I was quite interested when I found out about the iLoop Kickstarter campaign - an idea so simple yet useful and wonder why nobody thought about it. The iLoop is the brainchild of Andrej and his team at Provoco Studio. It is a silicon loop (80x80x18mm) and you just push you phone in to hold it in place (see pic). You can use it to make freehand video calls and simplifies taking group portraits. Apparently, the iLoop even enhances sound a little bit as well. 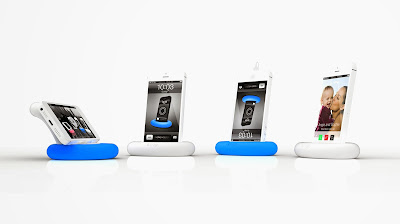 You can also use it with another loop if you want to position your mobile horizontally. 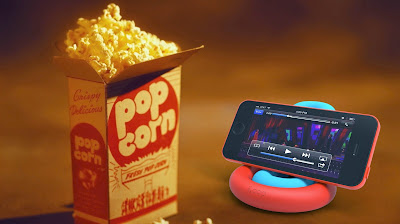 Another use of the iLoop, according to the designers, is as a stress reducer - you can squeeze it whenever you feel stressful.

Check out their Kickstarter campaign page. You have to pledge at least $10 - a great early bird offer, considering that the estimated retail price is around $20.