My wife's mobile phone contract with 3 ended a couple of weeks back and we had been scanning the net for good deals. She initially had her eye on the Apple iPhone but one of our friends helped change her mind an she decided to go for the Samsung Galaxy Note.

Anyway to cut a long story short, we finally found some great deals on Phones4u.co.uk . She signed up for a 24 months contract with Orange for only £20.50 per month. She had to go for slightly lower network minutes and 500MB data allowance. Initially we thought that the data allowance would be enough but looking at the way she is using it right now, it looks like she might have to upgrade. 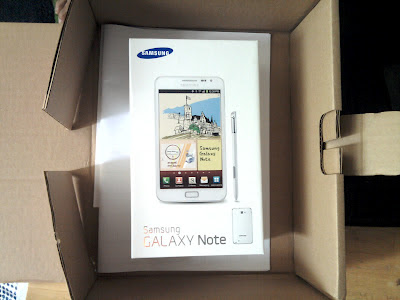 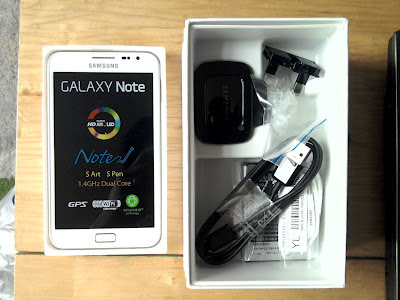 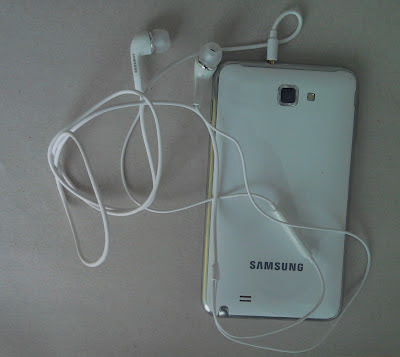 The phone is simply fantastic with a big 5.3-inch HD Super AMOLED touchscreeen display. The Note is one of those, "either you hate it or love it" products. It's something between a mobile phone and a tablet and can't seem to make up it's mind.

Opening and using the various applications are really fast, thanks to the 1.4GHz dual core processor. Best of all is the 8 MP auto focus camera with 1080p HD video recording. She loves the fact that she can now Skype with video (using the front facing camera).

The phone initially came with Android 2.3 (Gingerbread) but we have upgraded it to Android 4.0 (Ice cream Sandwich) and even though I cannot explain it, there was a clear difference - a definite improvement in the feel of the interface.

We are still playing around with the note and hope to have another full review later.
Email Post
Labels: mobile samsung tablet