It's been about a week now since the Nexus 7, Google's tablet (built by Asus) was launched. 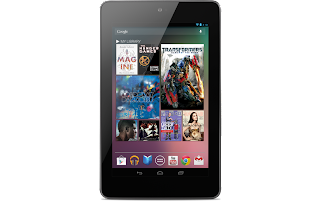 Light and small enough to hold on one hand, a powerful quad-core Quad-core Tegra 3 processor, scratch-resistant Corning glass display, a battery that literally lasts the whole day, running the latest Android OS - Android 4.1 (Jelly Bean) and best of all - a tablet we can afford (£159 for the 8GB and £199 for the 16GB model).

On the downside, I just wish it had a back facing camera, higher resolution camera as well. I guess, that's how they kept the price down.

Anyway, apart from some jealous iPad owners, everyone seems to be singing it's praises:

Google Nexus 7: a device that finally raises awareness of the 7 inch form factor