Samsung has come up with so many variations in the Galaxy series that I have lost count. The Galaxy Mini is one of the latest additions to this range and is clearly an entry level phone targeted towards the more cost concious consumers who want to get their hands on an Android phone. 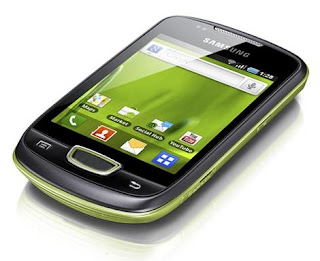 Aesthetics wise, there is nothing to shout about and according to some of my friends who got the phone, the 3.14" QVGA capacitive touch screen is not as responsive as other phone. Having said that, they did praise the download speeds. It is quite small as compared to some other Android phones in the market (110x60x12mm) and fits into my palm quite snugly. The phone runs Android 2.2.1 (Froyo+) and has a 3 megapixel camera. Among the special features is Swype for quick and easy messaging and portable Wi-Fi Hotspot capabilities- just at the touch of a button. The wifi hotspot feature means that you can share the phone's 3G connection with your laptop or other wifi enabled devices. Get the Samsung Galaxy Mini either as the Black/Green variation or Black/Silver variation from 3 on the TXT 300 plan with monthly costs ranging from only £10-£13.
Email Post
Labels: mobile samsung

Christina- ac adapter said…
Yep, I've own Samsung Galaxy mini. I would not say it has﻿ a poor battery life at all. The Galaxy Mini is capable of up to 9 hours 30 minutes talk time and up to 570 hours on stand-by. That is certainly above average! thanks<3
4:41 am, December 29, 2012