A team of engineering students at the University of Warwick is currently developing a rescue robot controlled via Microsoft's Xbox Kinect.

According to reports, the Xbox Kinect is much cheaper and has many advantages as compared to the laser-based equipment which was used to control earlier versions of the robot. 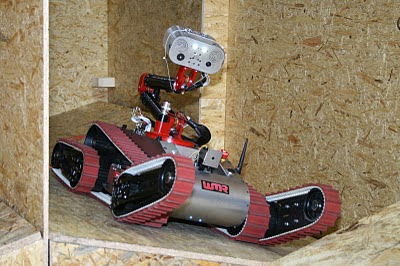 The students are supported and assisted by two PhD students, three University academics and they along with some technicians make up the Warwick Mobile Robotics team. They won the first place and best in class for mobility in the RoboCup Rescue German Open 2010 in Magdeburg, Germany.

The current team is looking forward to retaining the top position in this year's Robocup Rescue German Open 2010/11 as well. They are also working on a second robot along with the Computer Science Department in the University, to programme the autonomous robot.

The Warwick Mobile Robotics team are trying to raise sponsorship for the project so that they can make it to Istanbul for the Robocup Rescue World Championships in July.