Opening up the Samsung Galaxy Portal

I have a love hate relationship with my Samsung Galaxy Portal. I love the Android apps, the quality of the pics taken during good light conditions and all the features but I hate the battery life, the fact the camera does not have a flash and the poor GPS reception.

Quite recently I had the scare of my life when I found my son for reasons best known to him, dripping milk onto the back of my mobile. I quickly shut it off, removed the battery and tried to dry the milk that had seeped in as best as I could. I gave it a whole day and used my old SonyEricssion K770i as a backup in the meantime. 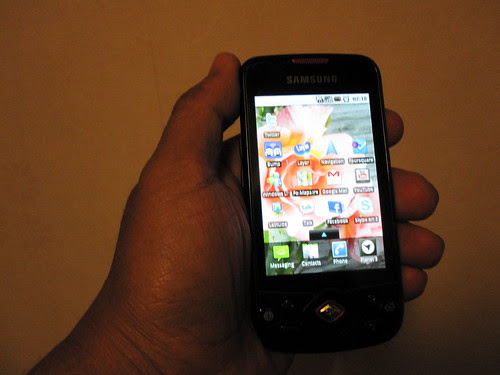 With a prayer on my lip, I started the phone and it worked. However, I realised that the phone was not responding to the touch screen and the buttons in the front.

It looked like my phone was a write off but I was not willing to give up.

I decided to open it up and do a deep cleaning inside. I tried searching everywhere on the web but there were no tutorials on how to open up the phone but I still decided to go ahead.

There were only 7 screws and I had to carefully pry the cover open and I had access to the mother board. however, I didn't even try to open up the touch screen. Took some Johnson & Johnson cotton buds and cleaned up as well as I could. 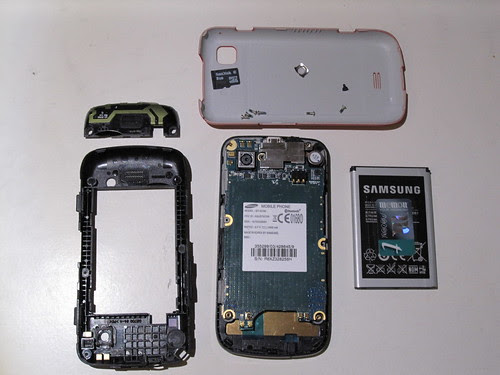 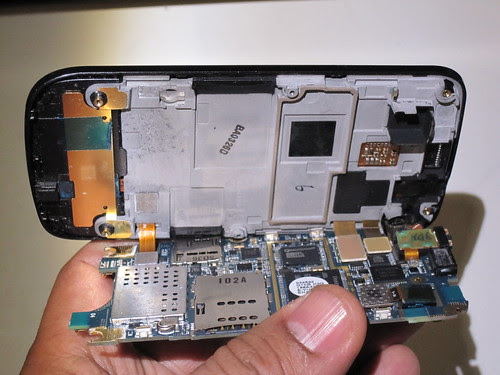 After several minutes I put everything back again and started the phone.