The three new phones are targeted at different segments.

Nokia E7
The Nokia E7 is positioned as the ultimate business smartphone. It has Microsoft Exchange ActiveSync which provides direct, real-time and secure access to corporate email inboxes and other personal applications. Watch out Blackberry. 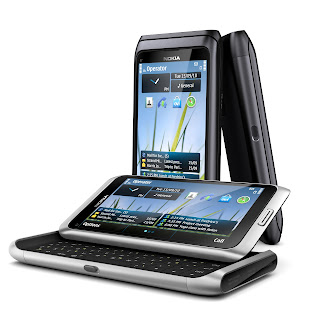 It has a 4-inch touchscreen display featuring Nokia ClearBlack technology for improved outdoor visibility and a full keyboard. Users can work on documents, review spreadsheets, or read and edit slides. Enhanced security features are available for corporate users. It also features a 8 MP camera. Estimated retail price is EUR 495, excluding taxes and subsidies.

Nokia C7
On the other hand, the Nokia C7 is targeted at those who love social networks. You can have Facebook and Twitter as well as get updates from your Yahoo! or Gmail accounts directly on the homescreen. This phoen looks great with a combination of stainless steel, glass and soft edges. It features a 3.5-inch AMOLED display. Estimated retail price is EUR 335, excluding taxes and subsidies. 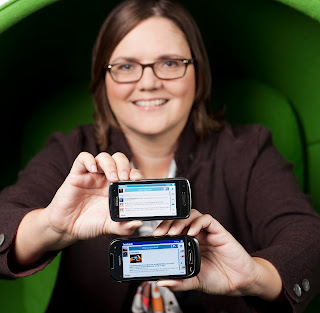 Jo Harlow, Senior Vice President Marketing, Nokia Mobile Phones shows off the C6 and C7 phones
Nokia C6
Finally the Nokia C6 is for the younger generation and those who are into social networking and mobile entertainment. With stainless steel and glass design, this is a small and stylish phone. It comes with a 3.2-inch AMOLED display with full touch capabilities and Nokia ClearBlack technology for improved outdoor visibility. Cheapest of the three, it has an estimated retail price is EUR 260, excluding taxes and subsidies.

All three phones are expected to begin shipping before the end of the year.