Features include a bright 4 inch Super AMOLED touchscreen, a 1 GHz "Hummingbird" processor, a 5 megapixel camera as well as a VGA camera in the front and 16GB internal memory. Weighing only 118g, it is much lighter than other similar smart phones in the market.

It still uses the Android 2.1. However, I heard that an update to Android 2.2 is coming soon.

One software I am really interested in is the ThinkFree Office Mobile which allows you to view and edit Word, Excel, and Powerpoint documents. 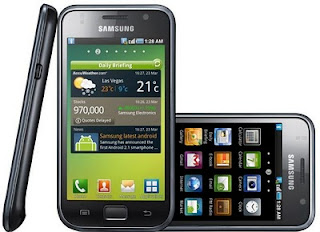 On the negative side, I have read that the battery life is a bit disappointing. This is something I have experienced with other Samsung phones and it seems they have not learnt the lesson.
Email Post
Labels: mobile samsung

recruitment advertising said…
I really like Android phones - may have to check out the Galaxy S though I have had bad experiences with Samsung phones in the past!
4:02 pm, October 18, 2010