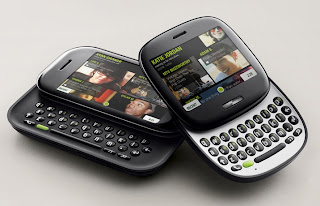 The launch of the two Microsoft mobile phones Kin One and Two don't seem to have caused much of a stir. I found most reviews to be surprisingly negative.

According to Microsoft the Kin is targeted to the youthful audience and the main focus is on social networking. However, recent studies show that the dominant age segments in the most popular networks including Facebook are actually people in the 30s. Something that they should think about.

Anyway, both models feature touch screens, slide-out Qwerty keyboards and GPS. WiFi and Bluetooth is also standard. However, the major differences between the two model are the cameras and memory. The Kin One which is more compact has a 5 MP camera and 4 GB of memory whereas the Kin Two has an 8 MP camera and a huge 8 GB memory.

Just read that they would be launched in the UK by Vodafone. Have no news about when they would be available in the UK nor the price. Can't wait to try them out.
Email Post
Labels: gadgets launch microsoft mobile