Some of you may recall my previous post about moving from TalkTalk to the O2 broadband service. We finally got reconnected to the net at home via the O2 broadband connection on the 17th of last month.We had signed up for the standard package which promises download speeds of "upto" mbps.

As you can see from the two broadband speed test results, it is nowhere near the promised speed. 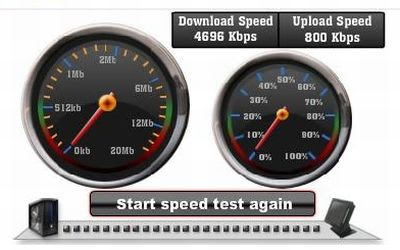 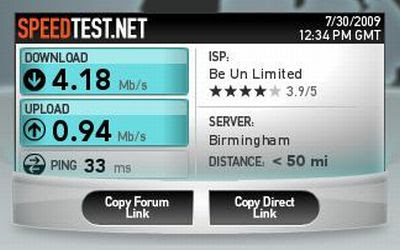 The different tests show quite different results for both download and upload speeds even though they were just taken one after the other.

On the bright side, both test results indicate that O2 broadband is definitely faster than TalkTalk. The connection has been good with no drops so far. Had some minor problems connecting wireless to my PC in our study but is OK now after I changed the settings on the router.

So far so good and I would definitely recommend O2 broadband even though we have to pay slightly more than we had to for the TalkTalk connection.

Dilip Mutum said…
t_volts: I will be calling them soon.

Pnoy said…
Good that you're contented with your connection, you seem to have second thoughts now. You should've posted first so you can get clues from preston ^_^.