In case you were wondering whether I bought a new 'extreme rugged laptop' after my son ruined the keyboard of our old laptop, the answer is No!. They are extremely expensive and out of our budget. In fact you could probably buy 2 or 3 good laptops with the same price.

Fauzan, a tech wiz friend of mine was visiting us for tea with his family and I happened to mention my laptop problem. He had a look at it and told me that I could fix it myself. I couldn't really believe it until he actually showed me how.

In case you are wondering, my laptop is a Fujitsu Lifebook S7021.

A couple of days later I bought a brand new keyboard from eBay for only £30. 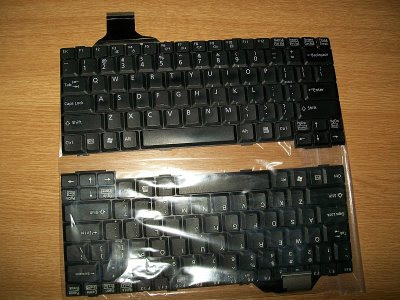 The one out of order is on top.

So it was DIY repair time. 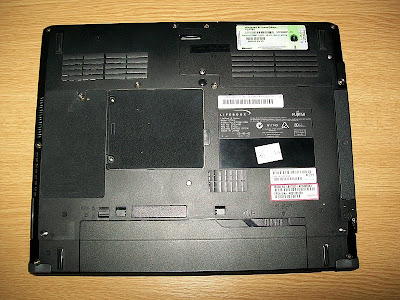 First of all I had to remove the battery from the back and remove 4 screws holding the panels in the top front. 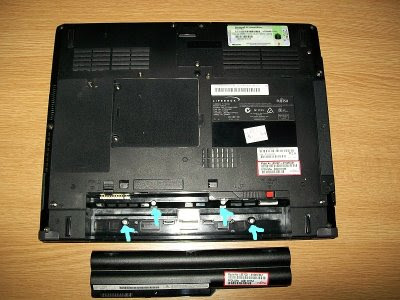 Without the keyboard, the laptop looks quite odd. Fauzan had already taken off the keyboard when he was in my house last time, so made it easier for me. I found out that if you break the keyboard connectors, you actually have to change the whole mother board, so don't do this unless you know how to. 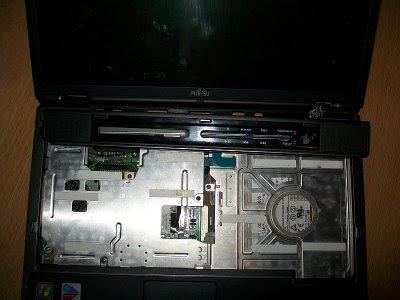 The panel at the top came out quite easily after releasing the plastic latches. 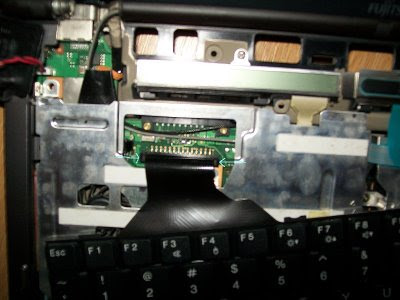 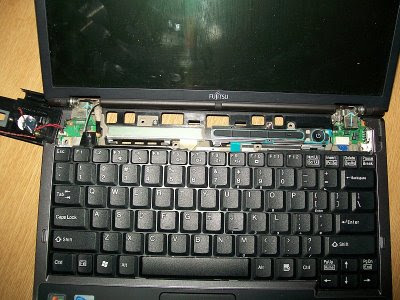 Putting back the panel at the top and then screwing it back in took less then 2 minutes.

At the same time, I also upgraded the RAM to 2 GB. Previously it was only 512MB. The laptop now works perfectly.

It was great fun and I probably saved around £100 as well.
Email Post
Labels: tips

life4hire said…
haha..i remembered the last time i opened a laptop was to connect the cable of cd rom back to the ide port..man..that was unbelievably hard!
5:26 am, July 27, 2009

answerstash said…
It's really a time saving and money saving tip. My laptop keyboard is alright but when some day i will got any problem in it i hope i can replace it with your described techniques.
7:26 am, July 28, 2009

Karl Foxley said…
Sometimes it really does pay to know people who 'know' how to do things.

Great to see you saved yourself some money. Ebay, always a great place to grab quality items for a decent price if you know what you are looking for.

Barby said…
Ha ha, it is certainly angered a lot. I laugh now but probably I will for a year have a similar problem because my son will use my laptop.
2:23 pm, September 02, 2009