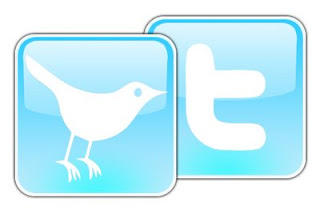 One of my new online friends recently brought Tweetergetter to my attention. According to the site, you can get "15,625 New Twitter Followers In 30 Days" automatically.

When you sign up, you automatically start following 6 people in front of you in the system. Other people that goes through the link in your tweet have to follow you when they sign up as well and it goes on and on.

Apparently it's working for my friend and I can't say I was not tempted. However, in the end I decided against signing up.

Even though I feel that it is definitely a great idea and will appeal to a lot of people, the reason I won't join in, is that I would prefer that people follow me because they are interested in my tweets. Not just because of an automated system. Furthermore, it might seriously affect my credibility.

I don't think Twitter is about that. I only follow people I think tweet interesting stuff and don't cut them off even if they don't follow me. However, I have blocked others following me because they were spamming too much useless stuff.

Someone told me that it's impossible to read all the tweets - which is true but I do have some favourites and read others whenever possible. The fun in twitter lies in the interactivity and it's really exciting when some of my followers tweet replies to my own tweets.

So what do you think about Tweetergetter?

BTW, the number of my followers has jumped in the past few days and am now rated 95.6 in Twitter grader. I was only 63 when I last wrote about the Top 5 rated Twitter users in Coventry. However, I have fallen one position and am now ranked 6th among the Twitter elite in Coventry.

Talking about Twitterers in Coventry, a survey conducted by the Social Media Library found that they have have the highest average number of followers in the country (even higher than twitterers in London). This means that Coventry Twitterers are really popular. Read the report here.

On a funny note, have you ever wondered why it is tweet not twit or tweeting not twitting on Twitter?

I have contemplated whether or not to use Tweetergetter and I decided against it for the same reasons you did. I don't look at my business as a numbers game but as a relationship building business. I have met so many interesting people on line and I know how hard it is to keep up with the few I do follow. There is no way I could read 19 or 20k tweets and feel like I was having any kind of meaningful interaction with them. Thanks for the post & keep them coming.