Nokia recently unveiled the latest phone in their flagship N series - the Nokia N97. They call it "the world's most advanced mobile computer". 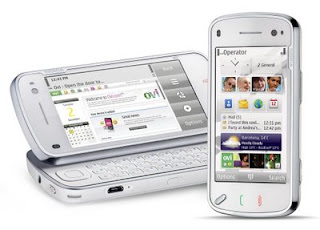 The N97 supports up to an amazing (for a mobile) 48 GB of storage, including 32 GB of on-board memory, expandable with a 16 GB microSD card.

It is expected to go on sale early next year at around €550 before taxes or subsidies. That's rather costly as compared to other comparable phones in the market. Hopefully it will come down.

Anonymous said…
Whoah! It seems that all the major manufacturers are unveiling these new high-tech phones that rival the iPhone. It should be interesting to see if anybody else can come up with something that can beat it.
11:52 am, December 05, 2008