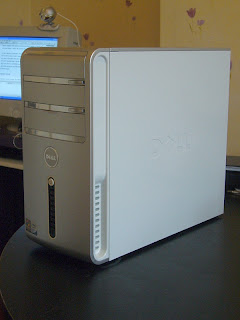 Some of my friends who had bought the same Dell model as mine - an Inspiron 530, simply couldn't believe that I got my PayPerPost PC that cheap (£ 279.02 inclusive of VAT) when I told them the specifications.

According to them, even with the basic specs, it simply couldn't come below £300.

I agree that my PC is NOT the ultimate computing machine but it isn't that basic either. It has a 2.20GHz Intel Core 2 Duo Processor with 2MB cache, 1 Gig DDR2 667MHz RAM and 250GB Hard Drive.

The reason my computer is that cheap is because I left out a lot of optional stuff. The costliest accessory I left out was the TFT monitor as I can get a cheaper one on eBay. I also didn't want a floppy drive and opted not to include speakers or a modem.

I don't play graphic intensive games nor do I use the PC as a multimedia centre, so I left the standard graphics card in as well. I also didn't opt for any software, other than those already included with the PC. This included the operating system as well - I went for Windows Vista Home Basic.

Of course, as I had mentioned before, I took advantage of their free delivery offer and had an additional £20 off.

In the end I had a PC that more than meets my computing needs.

Just for fun, I tried building another Inspiron 530 online on the Dell site. This time however, with all the best options available. It came to nearly £2,500. But then at that price, I would rather go for their top of the range XPS 720 H2C. 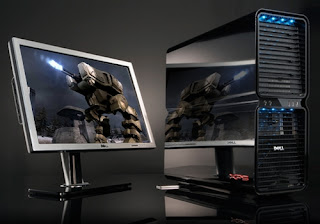