Please vote for me on Blog Battle Royale: iRobot Voting Begins. My entry is #15.

As a long time Issac Asimov fan who knows the 3+1 laws of Robotics by heart, I was really excited when I learnt about the PPP Blog Battle Royale.

So I give you my vision of the next generation robot.

1. What would it do?
The iRobot Roomba robot vacuum was the first generation. This is the generation to come in the future and it will do more than just vacuum the floor.
- It will also wash and then dry carpets,
- Disinfect the air using ionizers,
- Act as a smoke and toxic gas alarm. Will give out a warning whenever it detects toxic gases including smoke via it's advanced artificial nose,
- It will also release natural fragrances into the air on demand. So if you want a little bit of aroma therapy to relax yourself after a tough day at the office. Just say "I am tired. Need some relaxing fragrance" and it will automatically release natural sandalwood fragrance.
- It would record events in high definition video and hifi sound, everything happening before it in the house. Owners would have the option to turn off this feature.
- It would be able to hold semi-intelligent conversations with people using pre-recorded information and it's advanced artificial intelligence developed by the company.
- Of course, it would also be able to fetch a drink from the fridge without spilling it.

2. What would it look like?
Taking some inspiration from the recent Transformers movie, I envisige that my robot will open up into a fantastic looking work of art while working and just curl away into a sphere when it is inactive. However, I wouldn't want it to have human features. That would be weird. I would rather they have a "robotic" inanimate look.
Customers would have the choice to have them in different color combinations and surface patterns. I imagine mine would look like a replica of the earth when inactive. A conversation piece by itself. 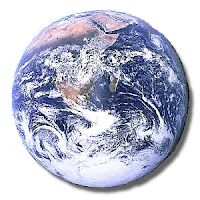 3. What would you call it?
Coming up with a name was not easy. My first choice was iBot but found out that there was a company as well as a variety of powered wheelchair with the same name, so I decided on iByot. That's the only one not taken up as yet.

4. How would it make your life easier?
It cleans the floor as well as the air, follows your command and brings you a drink. What more can we ask?

5. How would you market it?
It would be marketed as a eco-friendly, customizable, space saving, advanced transforming robot for the household. Customers would be able to personalize and customize it on it's own special page on the iRobot website.

6. What makes your robot so special?
It's an eco-friendly robot built from recycled plastics and aluminum among other materials. It will also not need to recharge from a power socket. It will recharge itself by a combination of different mechanisms, namely, motion (meaning it will recharge itself while moving) and solar energy. There will be also a wind up feature in case it has been inactive for a while and the sun is not very bright.

It's artificial nose would be almost equal to that of a human and even better to detect toxic gases. Might even save lives. It's voice recognition software will be highly advanced, enabling it to take order of only it's registered masters.

The fact that it would be customized according to the taste of it's owner would be a selling point as everybody wants something unique.

Forgive me if I got a bit carried away but that's my vision.
Email Post
Labels: fun gadgets vision