Apple TV: Everything You Need to Know

Apple TV, released in 2007, has hitherto been a minor player in Apple's product lineup, accounting for less than five percent of the cellphone and computer maker's sales. An update to Apple TV was announced on September 9th in San Francisco, perhaps signaling a new emphasis on the product by Apple. This is the first change in three years for Apple's attempt to conquer the living room. The new model is expected to go on sale in late October.

Perhaps the most important upgrade is the remote control that ships with the television. The previous version used a design with two buttons and a four-way directional pad, but the new Apple TV remote comes with a touch-screen surface and voice recognition capabilities. The user can speak into the built-in microphone to search for programming, rewind the action and request other information. The Apple TV now incorporates Siri, the virtual assistant that has been standard for a while on iPhones, so it will be easy for users to operate the television using natural language commands. 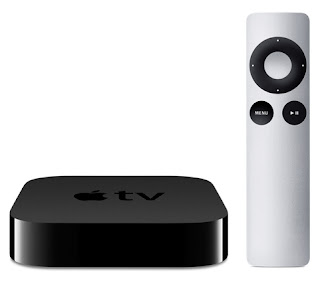 
Apps are a new area of emphasis for AppleTV. CEO Tim Cook has even stated, “We believe the future of television is apps. In fact this transition has already begun - we are spending more time watching TV on our iPhones and iPads via apps.” The old version of the hardware had apps too, but these were pre-selected pieces of software that shipped already installed with the TV. There's now a new app store specifically for Apple TV users, which will enable them to customize the performance of their units according to personal preference.

There are indications that Apple will release what it calls “universal apps”: applications that will interoperate across iPads, iPhones and Apple TVs. This will allow consumers to access their favorite apps seamlessly from whatever interface they want without having to download, install and sync several different instances of the same app. In order to spur on development of apps for Apple TV, there's a new operating system, tvOS, which will have development tools in line with what has been released for other Apple devices.

While Cupertino is trying to push game development for its new television solution, there's a distinct lack of new gaming features. The games that were demonstrated by Apple personnel included Guitar Hero and Crossy Road, but there's no game controller either standard with the TV or available as an add-on. Players can use their remotes to play games, or they can use third-party controller units.

While the recent improvements come as a welcome enhancement to a product that has been languishing for a few years, there's still more work to be done. Apple TV still lacks apps for Amazon Instant Video, Spotify and other popular streaming services. What makes this omission all the more notable is the fact that such apps are readily available on Apple's mobile platforms. Apple's planned streaming TV service seems like it would be a no-brainer addition to the Apple TV, but alas it isn't quite ready for prime-time yet.

One little-discussed area in which the Apple TV may be very useful is as a central hub for home automation devices. Current smarthome solutions mostly employ a dedicated control unit, often pricey and only compatible with a narrow selection of devices. Through the Apple HomeKit interface, users of the TV will be able to manage a wider range of automated home systems, such as lights, security systems, and thermostats, right from the comfort of their living room couches.

While the new AppleTV undoubtedly offers greater ease-of-use and functionality than the previous model, there are still a few key features missing. The price has jumped from $69 to $149 for a unit with 32GB of storage and $199 for 64GB. It's likely that customers will balk at these higher prices until the new apps store and other features are able to deliver on their potential.

Maria is a freelance writer currently living in Chicago. She has a Bachelor of Arts degree in English from the University of Illinois at Chicago with a minor in Communication. She blogs about environmentally friendly tips, technological advancements, and healthy active lifestyles. You can follow her in Twitter @MariaRamos1889