You probably have never heard of Michael Stanley Whittingham but certainly you have heard of Elon Musk, the billionaire entrepreneur who, besides creating plans for colonizing Mars and providing accessible satellite internet virtually anywhere in the world, is doing his level best to feed a renewable energy revolution on Earth.

Back in the 1970’s, while working for Exxon, Dr. Whittingham was the principal proponent for a new type of battery technology: Lithium-ion. As of April 8th 2015, Elon Musk’s company Tesla announced their plans to utilize Li-ion technology for large-scale, distributed electricity storage one house and business at a time. 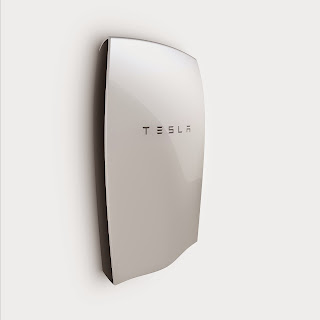 Energy Storage is Critical to the Green Revolution?

The ability to efficiently store excess energy from intermittent renewable sources such as wind or solar has been a challenge for power producers for decades. Hydroelectric power has a natural, on-demand storage mechanism built-in but other energy sources only have the reserve of unconsumed fuel itself.

Power utility companies spend enormous resources managing power loads between high and low demand cycles. Solar, which only produces during daylight hours and wind, which cannot be coerced to blow only during peak demand periods, complicate their balancing act. Without an efficient means to store excess power, much of it goes to waste.

This situation explains why utility companies would much rather subsidize home-based storage systems in order to reduce complexity and avoid building capital-intensive peak generation capacity—according to Ohiogascompanies.com, the infrastructure needed to distribute energy is the most difficult expense for utilities to mitigate, and as Renewableenergyworld.com points out, the industry has been unable to develop a cost-effective storage solution thus far.

Their new Powerwall battery storage system, in 7 kilowatt-hour and 10 kilowatt-hour versions, is already in pre-production out of their Fremont plant in California. Tesla is teaming up with another Elon Musk company, SolarCity, to provide complete solutions to homeowners for electricity backup, storage, and grid-sharing. Currently, hundreds of U.S. households are already happily utilizing Tesla electricity storage systems.

The complete systems for which SolarCity is taking orders now include the power pack, inverters, and grid-sharing services. Complete system cost is estimated at $500 per kilowatt-hour.

Besides high initial cost, batteries have some disadvantages, which both Tesla and SolarCity are mitigating:


The Future of Green Energy

Despite isolated fears about “grid disruption” when large numbers of small-scale solar and wind power installations come online, the number of installations continues growing. Increasingly efficient, low-cost solar panels and the advent of innovative battery storage solutions, such as Tesla’s, are driving the trend.

SolarCity’s online micro-grid, battery and inverter control plus revenue-sharing plans are creating new business models that merge customer and utility energy assets. All of this means less reliance on fossil fuels and more efficient use of all fuels as the highs and lows of energy demand gradually smooth out.

Fortunately, visionaries such as Elon Musk and the hard work and innovations of scientists like M. S. Whittingham mean more energy storage advances are yet to come. These will benefit everyone from homeowners to utility companies and Mother Earth.

Maria is a freelance writer currently living in Chicago. She has a Bachelor of Arts degree in English from the University of Illinois at Chicago with a minor in Communication. She blogs about environmentally friendly tips, technological advancements, and healthy active lifestyles. You can follow her in Twitter @MariaRamos1889
Email Post
Labels: energy green innovation