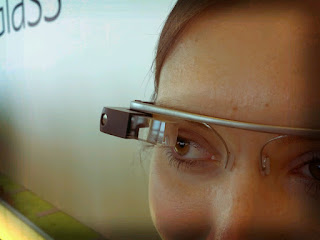 Seems like every is now talking about Google Glass (stylized simply as GLASS). This augmented reality wearable computer with a head-mounted display (HMD) is being developed by Google in the Project Glass research and development project.


According to this concept, you have access to the Internet and computers everywhere you go (at least where there is a connection) and which you can control via hands-free voice commands. It uses the Google's Android operating system.

The amazing thing is that this project has already generated so much publicity and most of this was via Twitter and other social networks.  According to a recent article on Forbes, Google copied Apple's strategy creating a “demand before supply” and  "using a more understated strategy centered on exclusivity and community".

I definitely cannot wait to get my hands on one and try it out. Hope it lives up to the hype.

Vincent Armstead said…
Google glass are one of the newest technologies.
As you can access internet these glasses also look stylish to wear..Waiting to buy them..
9:47 am, March 18, 2013