When I first thought of buying a tablet, I solicited the opinion from many tech experts as I am novice on all these technology aspects. I had my eye on the  Blackberry Playbook tablet but everybody I asked did not have much nice things to say about the Playbook.  One of the things which attracted me to buy this tablet was the price (amazing value for money). There is no branded tablet in market which gives you 64GB memory at just £129. 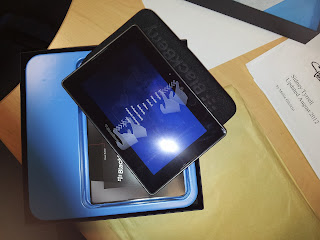 I have been using the Playbook for around  3days now and I have quickly learnt about the joys of using a tablet - the music, videos, photos, camera (you have two in the Playbook), read pdf documents and e-books. I am more than happy with on all these aspects.

The screen is very responsive. I initially had some concerns just after I had purchased the tablet after reading a lot of negative reviews about the operating system OS1 on Playbook 1 ( I had not received the Playbook yet at that time). However, I read several good reviews about the improvements in Playbook 2 which had taken care of issues in the OS1. Trust me when I say that it is at par with the best tablets in the market. The screen is the best part, build quality, sound quality, video streaming, photo quality all excellent. I love the integrated message service where you can synchronise all your emails, FB, twitter and LinkedIn. 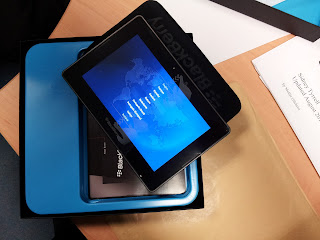 Yes, you will not get thousands of apps like Android Tablets and the Apple iPad but to be honest I do not use too many apps. There is some buzz that we will be able to get Android apps on Playbook but still not sure when. The apps world is getting better everyday.

This small beauty will get the new OS 10 next year which is going to give a tough competition to other tablets in the market. You will not regret this purchase. I definitely have not. 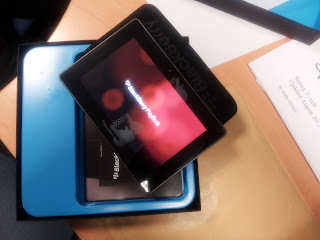 They have recently launched a 4G version of the same tab in Canada. So we can expect the same in the near future in UK and other European countries as well.

Dr. Sanjit is a Lecturer in Marketing and Advertising at Coventry University Business School. He blogs about research and marketing on his blog: Sanjit's
Email Post
Labels: gadgets tablet

My name is Michelle and I'm a professional blogger.

I have over three years of experience writing for the web and have covered plenty of topics about Technology.

I noticed that you have a blog and was wondering if you would be interested in allow me to write relevant, useful topics about Technology related on your blog at no cost.

At this point in my writing career, I simply want to get more visibility for your writing and I will write for free as long as you are okay with me adding a small author bio section next to each blog post about myself.

Dilip Mutum said…
Hi Michelle, Thanks for your comment. Just email me your article and I will have a look at it. Cheers
5:32 pm, January 17, 2013