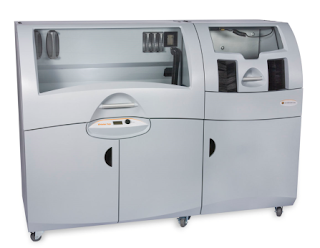 ZPrinter® 650 from ZCorporation®
At the beginning, the cost of a 3D printer was was exorbitantly high with the ability limited to printing monotone and not so smooth 3D objects. As the technology evolved, researchers and engineers are competing to build 3D printers that are fast and can create smooth 3D object surface with the latest feature being able to produce colour in subpart of the 3D object. The latest 3D printers can print virtually any object and not only that, they can print a complete 3D object with internal movable parts, such as bearings, engineering parts and virtually any complex working models in single print operation and in one piece. This means that we can forget about the traditional process of printing the different subparts of a model separately which later will have to be assembled manually. One of the companies in this revolutionary field is the Z Corporation. 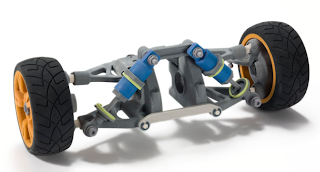 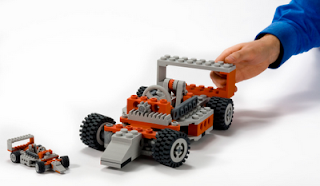 Actual 3D models from ZCorporation® website.
3D printing technique is used in the rapid prototyping industry to automatically construct physical objects using additive manufacturing. It starts with a blueprint of a virtual 3D object normally from a computer aided design (CAD) program. An alternative way of producing a virtual 3D object is to scan the object using a 3D scanner, for which the facet (surfaces) of an object being scanned is slowly reconstructed bit-by-bit from the view angles to where the 3D scanner is scanning. 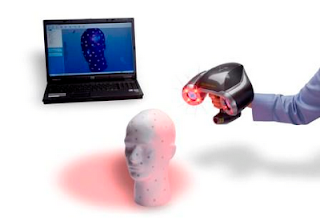 ZScanner® 600 from ZCorporation®
The 3D printer works by successively applying material layer-by-layer . The end product is the exact replica of the virtual 3D object from the CAD drawing.

At the moment, 3D printers are available to be used only in large scale industries. In few years to come, we will soon see 3D printers become available for home use.

There are many benefits that can be gained from this technology. In businesses and industries, product prototypes such as shoes, furniture, etc, can be produced almost instantly. Feedbacks from the prototypes can then be used to refine the designs and can be reprinted over and over again, until the product is perfected. In the field of education, subjects such as engineering and architecture can benefit from actual object design visualization for more effective learning process. 3D printing has also attracted great interest in the medical field. Biotechnology firms and academics are actively researching the so called process of organ printing, bio-printing and CAD tissue engineering. Other possible uses of 3D printing include fossil reconstruction in palaeontology, ancient and artefacts replication in archaeology, body parts reconstruction in forensic pathology, and evidence replication in crime scene investigations (CSI). 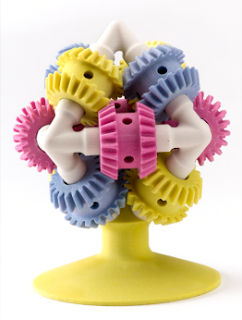 The processes of reconstruction and replication mentioned above involve the use of 3D scanning. 3D scanning is a non-invasive approach which has lots of benefits. No moulding is required to replicate any physical object. This can be particularly useful for palaeontologists, archaeologists, pathologists, and CSI investigators for which most of the objects they handle are vulnerable to human physical contact.

Just like the software industries that commonly become the victims of product infringement, same goes to any hardware product with the arrival of 3D printers. Michael Weinberg in his paper “It will be awesome if they don’t screw it up”, talks about intellectual property issues that arise as the result of 3D printers. However, viewing this scenario from a different perspective shows us how this technology could potentially open up more opportunities for innovation and creativity.
Email Post
Labels: innovation research
Location: Unknown location.

GED Online said…
Oh wow this machine is really awesome i have watched the video before this article. tremendous...
7:14 am, July 26, 2011