Last week, I realized there was something wrong with my laptop’s battery. Running the fully charged battery, my laptop suddenly went dead in few minutes. Then, I tried to recharge it but to my surprise, the battery showed only 5 to 10% discharge from the point the laptop went dead. Meaning that I still had more than 90% power left in the battery.

This happened every time I left the laptop running on battery, it will go dead even with 90% power remaining. Having it tested using HP Battery Check software showed that the battery’s health is “Weak” and need replacement. It is quite unfortunate when thinking that I have only used the laptop for only two years.

The replacement cost for an original battery might cost me somewhere between £40 to £60. So, I tried to search on the internet in case there are any tutorials on reviving laptop battery. I found quite a number of articles from some blogs giving tips to revive a laptop battery. Majority of them have the same steps.

First, you need to drain your battery by letting the laptop switched on in sleep mode or BIOS. This is to slowly drain the battery. Some even go further by connecting the battery with a low voltage light bulb until the light goes dim. But I didn’t try this step because they said it could damage your battery or even can cause explosion if the connection is wrong. Hmm... “Never try this at home”. 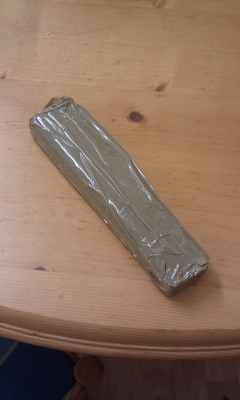 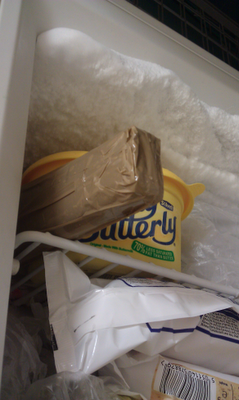 The next step is to wrap and seal the battery air tight and then put in freezer for 24 hours or more. This is to prevent the condensation from entering the battery pack which might cause a short circuit. So I did that as well (as seen in the pictures). They explained a number of technical details behind this step which I couldn’t understand.

After leaving it in the freezer for more than 24 hours, take it out and put in room temperature for few hours. Occasionally wipe down the condensation. Take out the seal and do the recharge/discharge cycle for up to 5 times and apparently there should be a significant improvement in the battery life after few cycles.

Unfortunately, I didn’t quite see any improvement in the battery life. One article mentioned that Li-Ion battery is quite difficult to revive as compared to Ni-Mh and my battery happens to be the former.

Wondering why my battery died so quickly, I came up with a few possible answers after reading some articles. Perhaps, one of the reasons is due to the fact that I have the habit of leaving my laptop on sleep mode after using it. This forces the battery to drain below the minimum limit which is not recommended since it will shorten the battery life.

The reason I always did that was because it normally takes so long for Windows Vista (my OS) to restart. Anyway, now that the battery is dead, I guess the best way is to find the replacement for it. I learnt a few things from this experience - prevention is better than cure.
Email Post
Labels: diy laptops malik tips